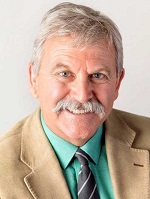 Following post-doctoral studies in mathematics at the University of New South Wales he joined the CSIRO as an environmental scientist, working on the many water-related challenges facing Australia. Over a 25-year career at the CSIRO, he directed the Water for a Healthy Country Flagship as well as the Wealth from Oceans Flagship, Australia’s largest water and marine research portfolios, delivering research directly underpinning the efficient and responsible development of Australia’s natural resources while ensuring the conservation of the environmental and social values. In 2014, Tom retired as CSIRO Group Executive for Energy, responsible for national facilities and capabilities in renewable and non-renewable energy, and mining research and development.

In 1999, Tom was awarded the inaugural WE Wood Award for scientific excellence in the field of salinity research, and the Utah State University Alumni Professional Achievement Award. In 2008, Tom received the CSIRO Chairman’s Medal and the Australian Public Service Medal for his contributions to the management of Australia’s water resources.

In 2017, he was made a Fellow of the Australian Academy of Technology and Engineering. 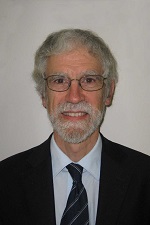 Philip Commander retired as Principal Hydrogeologist with the Department of Water after 38 years in the Public Service, leading groundwater investigations throughout the state, advising on groundwater management and protection, and assessing development proposals for their impact on groundwater.

He is a past President of the Australian Chapter of the International Association of Hydrogeologists, and has been Adjunct Associate Professor at the University of WA, and Adjunct Senior Lecturer at Curtin University. He is currently an independent hydrogeological consultant.

Ben is the Australian representative on the Site Survey Panel of the International Ocean Discovery Program-SEP 2014-2017 and participates on the Governing Council and Science Committee member for ANZIC, Australian Scientific Ocean Drilling.

Ben is also a CSIRO Representative on Geological Survey of Western Australia Oil and Gas Technical Liaison Subcommittee since 2015.

She has extensive experience in population and socio-economic change, housing, regional economic development and analysis of remote, regional and urban socio-economic indicators.  Fiona was appointed director of the Centre for Regional Development at the University of Western Australia in 2015.

She has served on several government and private sector boards, undertaken work for corporate and small business sectors and has published widely.

Dr Jackie Wright is the Director of Environmental Risk Sciences Pty Ltd and has over 25 years’ experience in human health and ecological risk assessment and toxicology in Australia. She has completed her PhD in Environmental and Public Health at Flinders University and remains an adjunct lecturer at the university.

She has been directly involved with the development of national guidelines for the assessment of contaminated sites and remediation of clandestine drug laboratories.